Part 3 – When the first home becomes the family home

This is final chapter in our 3 part blog series “When the first home becomes the family home”.

We reflect on three of our current and past projects that share a common problem. Small spaces that were once big enough for one or two people are now bursting at the seams, struggling to fit growing families. These projects aim to demonstrate, that whilst not traditional family homes with some careful planning, intelligent design and forward thinking, they can be exactly that.

In the last blog which you can read about here, we talked about our “inner city apartment” project that pushed the typical apartment typology with surprising materials and even more surprising spaces. Our third and final case study looks at a breed of home you’re probably familiar with but is uncommonly developed or renovated, the villa unit.

When our clients first approached us about renovating their small single storey unit, we (as you may be) were sceptical that much could be done for a house with so many restrictions (small site, shared neighbouring walls, body corporate controls, tight budget etc.). But we love a challenge and were enthusiastic to see what was possible to make their home work as hard as it could to meet their needs, that is: fit a family of four comfortably.

The property was originally purchased as the couples first home, naturally 14 years later they had settled into the area, made friendships with the neighbours and felt connected to the community, the idea of moving to another location was the last thing they wanted, but the 2 bedroom unit was now far too small.

As well as a lack of bedrooms the project had other problems to address: disconnected living spaces, dark and awkward utility & amenity spaces, an uninspiring atmosphere, and naturally we needed to improve the serious lack of storage.

The constraints were not just from within, the biggest hurdle came from outside the unit. Being part of a cul-de-sac of identical units with close proximity to each other, the design had to carefully consider the concerns of the body corporate & neighbours. When we consulted with the neighbours, the project was overwhelmingly met with approval, with some neighbours considering a similar approach in the future in order to remain in their homes whilst adding significant value.

The design, with minimal alteration, approached all the issues above. We opened the kitchen, living and dining into a single brighter more approachable room, we reorganised the bathroom & streamlined the laundry to cutdown on wasted space, and we added a second story bedroom/playroom. Finally we made very deliberate choices in the exterior design, to create something which sympathetically met the surrounding context and could easily be adapted by others.

This project is currently in construction, follow us on social media for more updates.

We hope you enjoyed the series!

Part 2 – When the first home becomes the family home

This is the second case study project in a 3 part series where we reflect on three of our current and past projects that share a common problem; a small… 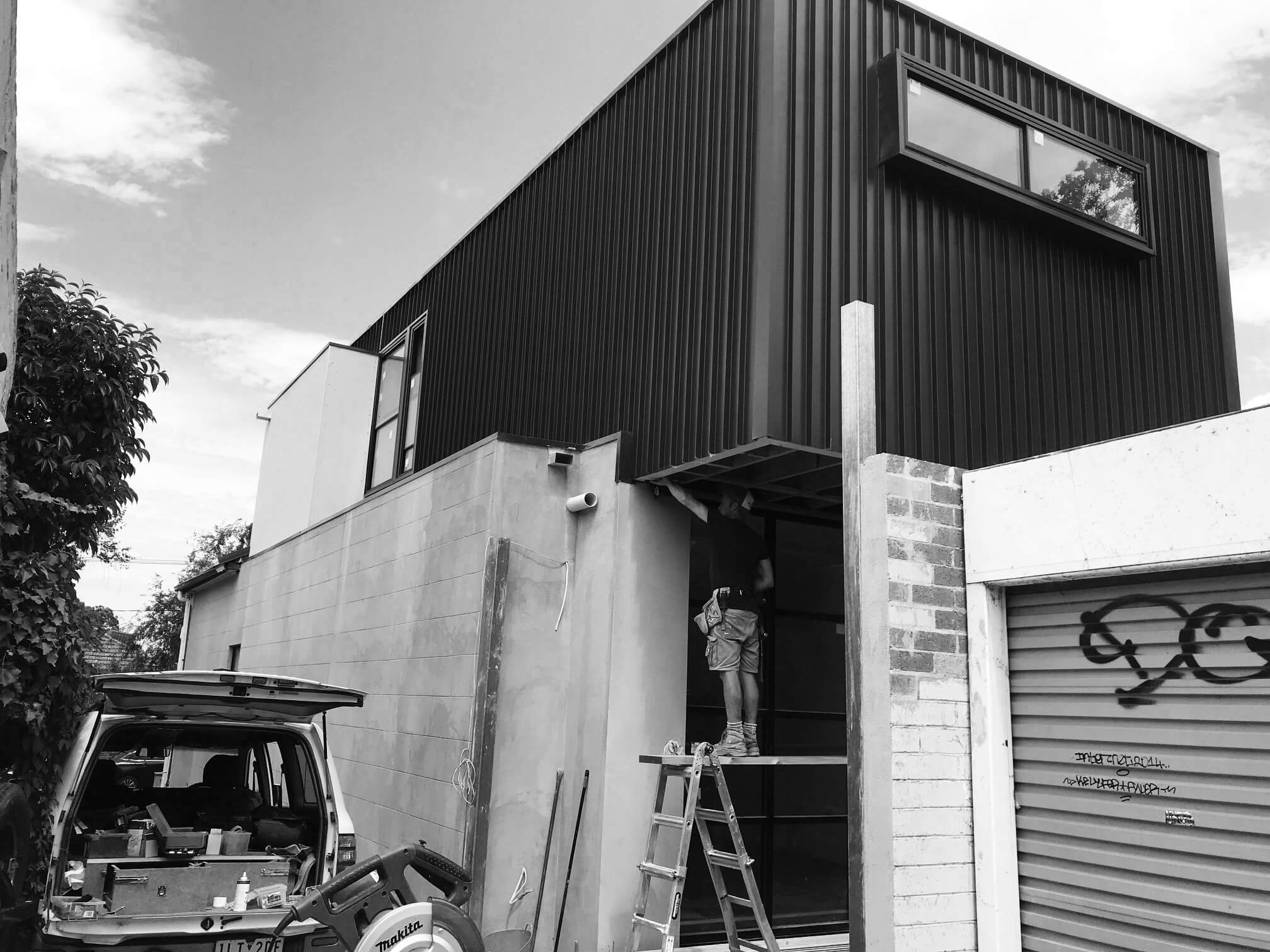 Part 1 – When the first home becomes the family home

Think you’ve outgrown your space but can’t imagine picking up and relocating, read on – there may be a solution for you yet. 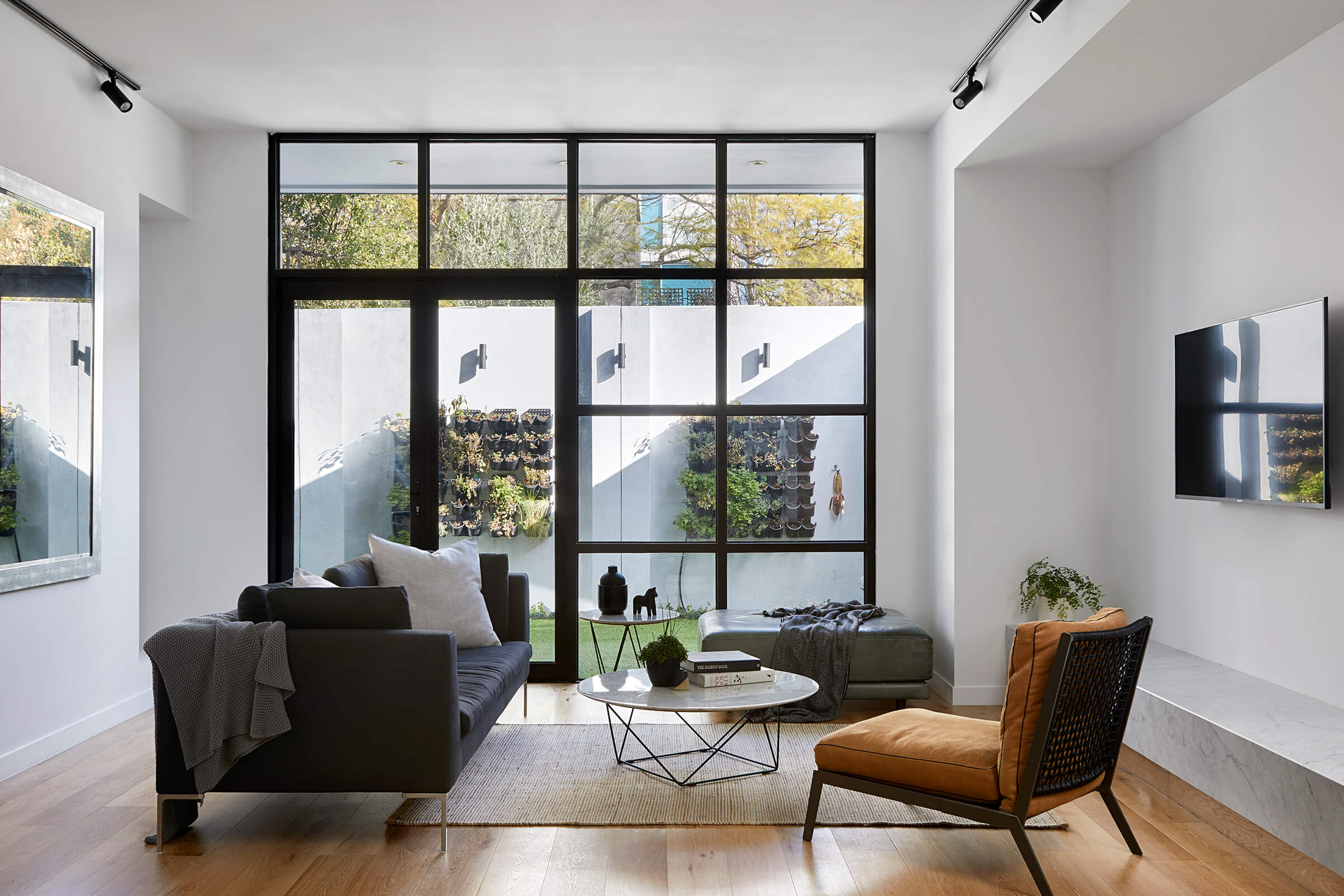 4 ways to tell if an Architect is good, bad or mediocre

We were happy to hear our South Yarra Terrace project was featured this month on Houzz. A recommended read for those trying to decide on an architect.

The 8 Top Architecture and Interior Directions to Influence 2020

We are excited to be featured again in Houzz this month, this time featuring the beautiful terrazzo kitchen island bench from our Ashburton Townhouses.

This Fun-Filled Apartment Renovation Has a Rock Climbing Wall

Armed with a fun and adventurous brief, designers of this apartment reno, de.arch, created a family home with surprises around every corner.